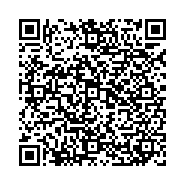 The Occurrence, Properties and Significance of Citrinin Mycotoxin

Citrinin is a nephrotoxic mycotoxin produced by several fungal strains belonging to the genera Penicillium, Aspergillus and Monascus. It contaminates various commodities of plant origin, cereals in particular, and is usually found together with another nephrotoxic mycotoxin, ochratoxin A. These two mycotoxins are believed to be involved in the etiology of endemic nephropathy. The mechanism of citrinin toxicity is not fully understood, especially not whether citrinin toxicity and genotoxicity are the consequence of oxidative stress or of increased permeability of mitochondrial membranes. Compared with other mycotoxins, citrinin contamination of food and feed is rather scarce. However it is reasonable to believe that humans are much more frequently exposed to citrinin than generally accepted, because it is produced by the same moulds as ochratoxin A which common contaminant of human food all over the world. Adequate knowledge of the toxin and proper food storage is essential to avoid contamination and further health and economic implication of citrinin poisoning.