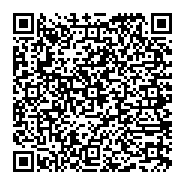 This study was used to find the impact of teachers’ financial compensation on their job satisfaction at higher secondary level in both public and private sectors of Islamabad. All the teachers of Higher Secondary level from private and public sector of Islamabad were randomly taken as sample. Total 30 teachers were conveniently taken as sample. A survey design was selected to be used in this study. The questionnaire which was used in this study consisted of three parts. The first part of questionnaire was about the demographic factors. The second part was about compensation practices which include 12 questions that were used to determine the direct and indirect financial compensation of the teachers at higher secondary level in Islamabad while third part covered the teachers’ job satisfaction. The measurement of variables such as variety, autonomy, task identity and feedback which were collectively used to determine teachers’ job satisfaction. The major findings of this study were that mostly higher secondary schools have fixed pay system while few have variable pay system. Teachers’ salary does not link with their productivity while teachers agree that the attraction and retention of employee depend on the compensation. When teachers feel opportunities for recognition; decision power about their work; planning of task; their contribution to productivity; and especially when teachers receive helpful suggestion and guidance from their supervisor then they will be more satisfied. Similarly, the compensation practices and job satisfaction are highly correlated with each other but compensation practice in itself has no significant impact on the job satisfaction. Male and female teacher have no significant difference as well as there is no significant difference between public and private teachers who have different qualification and age groups in higher secondary of Islamabad while teachers who have different teaching experiences have significant difference towards job satisfaction.