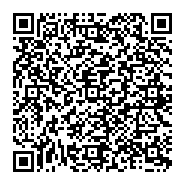 The Experiences of Parents for Emotional Interaction with Children with Autism: A Systemic Approach

The present research aimed to explore, through the experiences of parents, the way in which the feelings of parents of children with autism affect children's feelings. Also, a second purpose was to investigate the way, by which the behavior of the child is modified whenever the parents interact emotionally with them, and how children’s behavior is able to modify parents’ behavior. It is known that one’s behavior affects the behavior of another, which in return affects the behavior of the first person and so on. We hypothesized that children with autism are able to perceive and react to emotions. Also, we assumed that parents feelings affect the children's feelings and that these feelings affect children’s’ behavior, considering that it comes to people who have a completely different understanding in relation to their communicative ways. Another assumption was that positive emotions function as depressants and create a climate of security. Similarly, negative feelings toward the child, once again are expressed to both feelings and behavior of the child. We expected that children's behavior can modify the behavior of their parents because of circular causality. Our sample was consisted of eight mothers of children with autism. For data collection we used the qualitative method and specific the semi - structured interview. The thematic analysis revealed the existence of feelings in children with autism and how they interact with their parents. It also revealed the differential effect between positive and negative emotions; finally we noticed the effect of all these on parents’ behavior.