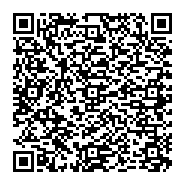 Scientific advancement has led to tremendous improvements in the life expectancy of people living with HIV. In addition, there is renewed hope that with combination prevention which includes early initiation of ART and ARVbased PrEP, we may have begun to see the end of the deadly epidemic. However, it is also widely acknowledged that we cannot end AIDS without an effective vaccine. While strenuous efforts are being made in different parts of the world to advance the HIV vaccine R&D agenda, Africa has been largely playing a spectator role. Considering that Africa with less than 20% of the global population hosts approximately 70% of people living with HIV, one would expect Africa to be in the fore-front for the search of an HIV vaccine. Getting African governments to key into the HIV vaccine research and development agenda will require strong advocacy. This paper reviews the status of HIV epidemic with particular reference to Africa, highlights the continued need for an effective HIV vaccine and advocates for the development of a focused Africa-initiated, Africa-driven HIV vaccine advocacy strategy for Africa.