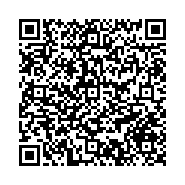 Objective: This study aimed to evaluate the prevalence rates of ADHD, depression, and anxiety as well as suicidal ideation of soldiers for the first time in Korea. Also, it examined the associations with ADHD, depression, anxiety, and self-esteem between suicide idea group and the comparison group.
Methods: A set of questionnaires was provided to a total of 414 participants (80 with higher suicide idea and 334 without suicide idea) from November 2014 to January 2015. All of participants were evaluated using the Korean Adult Attention Deficit Hyperactivity Disorder Scales, Beck’s Depression Inventory, Beck’s Anxiety Inventory, Baratte’ Impulsivity Scale, and Rosenberg‘s Self-esteem Inventory.
Result: The results of this study indicated that suicide risk group is related to ADHD and depression. Conclusions: For the treatment of suicide in soldiers, effective evaluation and treatment of ADHD, as well as depression, seem to be necessary.