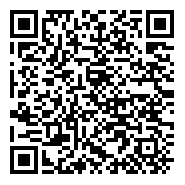 Yogita B Shinger and Thakur AG

This is about the design of steam piping and its stress analysis of a given process flow diagram. The prime objective of this project is to design the piping system and then to analyze its main components. Wall thicknesses are calculated for all pipes which were found very safe for the operating pressure. For header pipe the calculated wall thickness is 0.114 inch and the standard minimum wall thickness is 0.282 inch which is greater than the calculated one by more than 2.4 times. Different loads such as static loads, thermal loads of all pipes were also calculated. After load calculations, spacing supports carried out. Thermal and static analysis of main system pipe has been done and results were compared with ASME Power Piping Code B31.1. After calculation of all applied loads, standard circular column of 4 inch nominal size were designed and analyzed both manually and on ANSYS software. The results obtained from both methods were compared and found safe under available applied loads.