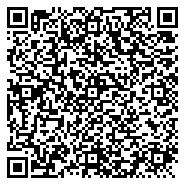 Taha A and Ahmed HM

A new series of solvatochromic binuclear mixed ligand complexes with the general formula: Cu2(DMCHD)(Am)2X3 (where, DMCHD: 5.5-Dimethyl cyclohexanate 1,3-dione, Am=N,N,N’-trimethylethylenediamine (Me3en), N,N,N’,N’- tetramethylethylenediamine (Me4en), or N,N,N’,N’,N’’-penta-methyldiethylenetriamine (Me5dien) and X=ClO4- or Clhave been synthesized and characterized by the analytical, spectral methods, magnetic and molar conductance as well as electrochemical measurements. The formation constant values for HDMCHD ligand with various metal ions are much lower than expected for similar β-diketones revealing a monobasic unidentate nature of this ligand. The d-d absorption bands of the prepared complexes in weak donor solvents suggest square-planar, distorted octahedral and/ or distorted trigonal bipyramid geometries for the perchlorate and chloride of diamine in addition to triamine complexes, respectively. However, an octahedral structure was identified for the complexes in strong donor solvents. Perchlorate of diamine complexes show a remarkable color change from violet to green as the Lewis basicity of the donor solvent or anions increases, whereas chloride complex is mainly affected by the Lewis acidity of the acceptor solvent. Specific and non-specific interactions of solvent molecules with the complexes have been investigated using the unified solvation model. Band’s oscillator strength of the d-d transition has been calculated and discussed. Cyclic voltammetric measurements on the prepared complexes in different solvents showed a quasi-reversible or irreversible and mainly diffusion controlled reduction process. Such behavior has been explained according to the EECE mechanism. A linear correlation has been found between the Cu(II) reduction potential and the spectral data. Structural parameters of the free ligands and their Cu(II)- complexes have been calculated on the basis of semiemperical PM3 level and correlated with the experimental data.