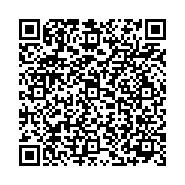 Transportation of waxy crude oil along horizontal pipeline usually requires extra energy that costs additional billions of dollars to the industry. This study investigated the feasibility of Methyl Ethyl Ketone (MEK) as a selective solvent to dewax an Australian heavy crude oil and the possible optimum conditions. Experiments were conducted on three solvent to crude oil ratios (10 : 1, 15 : 1 and 20 : 1), three mixing temperatures (40°C, 50°C, and 60°C) and three cooling temperatures (-10°C, -15°C and -20°C). Each crude oil sample was weighed out and mixed with MEK at a predetermined mass ratio; the mixture was then heated in a hot water bath and stirred until a thermal equilibrium was achieved. The mixture was then placed in an ethylene glycol bath which had been cooled to the desired temperature using dry ice until the target temperature was achieved. The crystallised wax which forms in the mixture was then vacuum filtered, dried, and weighed. Three samples were prepared for each unique parametric variation, and the average result recorded. The results indicated that MEK dewaxing performance improved at higher mixing temperatures. This could be explained by the disruption of dispersion forces which exist between the molecules in the crude oil, allowing new intermolecular bonds to form between MEK and oil molecules in greater preference than with the wax molecules. It was also discovered that the use of a higher solvent to oil ratio resulted in a greater wax yield that is attributed to a greater oil solubility, considering MEK’s greater affinity for oil than wax, as well as a greater number of unbounded MEK molecules for dispersion forces to form when a high solvent to oil ratio is used. In contrast, it was found that a lower cooling temperature resulted in a greater extraction of wax from the mixture. This can be associated with the fact that the decrease in temperature encourages the crystallisation of the wax, as well as providing the system with a preferential condition in which an exothermic process, such as the formation of solute to solvent interactions to take place. Finally, the greatest wax yield (27.9 wt%) was achieved at a solvent to oil ratio of 15:01, a mixing temperature of 50°C and a cooling temperature of -20°C. Similar results of approximately 27.6 wt% wax yield was obtained at a cooling temperature of -15°C, which leads us to consider whether the additional energy required to achieve a lower cooling temperature is worth the increased revenue which may be obtained at the marginally greater wax yield when considering a large scale solvent dewaxing application.