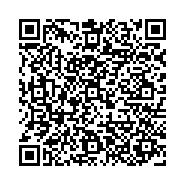 Social Support Disparities among Children affected by HIV/AIDS in Ghana

Background: The study investigated whether perceived social support varied among children who have lost their parents to AIDS, those who have lost their parents to other causes, those who are living with HIV/AIDS-infected caregivers and children from intact families (comparison group). Method: This study employed cross-sectional, quantitative interviews that involved 291 children aged 10-18 years in the Lower Manya Krobo district of Ghana and examined their social support disparities. Results: Results of multivariate linear regressions indicate that children who are living with HIV/AIDS-infected caregivers reported significantly lower levels of social support compared with AIDS-orphaned children, other-orphaned children and non-orphaned children independent of socio-demographic covariates. Children who have lost their parents to other causes and other-orphaned children reported similar levels of social support. In terms of sources of support, all children orphans and vulnerable children were more likely to draw support from friends and significant others rather than from the family. Conclusion: These findings indicate a need to develop interventions that can increase levels of social support for orphaned and vulnerable children within the context of HIV/AIDS in Ghana, particularly networks that include the family.