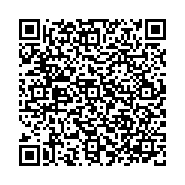 Snow Chemistry at Mukteshwar in Central Himalayan Region of India

The present study reports snow chemistry and source apportionment at Mukteshwar in central Himalayan region of India during winter 2012-13. In this study, fresh snowfall samples were collected at Mukteshwar during winter season of 2012-13. The results showed that the pH of the snowmelt samples ranged from 5.47 to 7.95 with an average of 6.37 indicating alkaline nature of precipitation which is similar to the range reported. The concentration of ions followed the following order- Ca2+ > Cl- > Na+ > SO4 2- > HCO3 - > NH4 + > NO3 - > Mg2+ > K+ > F-. Very high concentration of Ca2+ indicated the dominance of crustal sources. Source fraction calculations revealed that crustal, marine and anthropogenic sources contributed 40%, 38% and 22% ionic components in snowmelt, respectively. Since, Mukteshwar is remote site as compared to Delhi, values of NO3 - were compared with the NO3 - reported in the precipitation (rain water) of Delhi as NO3 - is an indicator of vehicular pollution in urban areas. Such comparison of NO3 - values suggested that though Mukteshwar precipitation had 1/3 of NO3 - in precipitation as compared to Delhi, but considering it as a small town, precipitation at Mukteshwar is significantly influenced vehicular sources possibly due to Long Range Transport (LRT) of pollution.