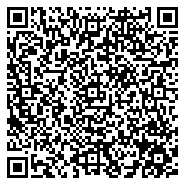 Background: Thymic stromal lymphopoietin (TSLP) is an epithelial cell-derived cytokine, implicated in the development and progression of allergic diseases. Several studies indicated polymorphisms in TSLP gene were associated asthma, and two single nucleotides polymorphisms (SNPs) in TSLP (rs1837253 and rs2289276) were shown to be associated with asthma in a sex-specific fashion. However, there has been no report that investigated TSLP gene polymorphisms in patients with aspirin-exacerbated respiratory disease (AERD). Methods: DNA specimens were obtained from the following three groups: 105 patients with AERD, 270 patients with aspirin-tolerant asthma (ATA) and 90 normal controls. The target DNA sequence of the TSLP gene was amplified using a set of primers. Allelic discrimination assay for the two SNPs in TSLP gene (rs1837253 and rs2289276) was carried out. All patients were Japanese, and they were in a stable condition. Results: The frequency of the T minor allele of TSLP -5717C>T in patients with AERD and those with ATA was significantly higher than that in normal controls. There were no significant difference of the T minor allele frequency of TSLP -82C>T among the three groups. Analysis of genotype frequencies of the CT/TT genotype group and CC genotype both in TSLP -5717C>T and in TSLP -82C>T showed no differences between AERD and ATA patients. In addition, subgroup analysis of the genotype frequencies with gender did not differ between AERD and ATA patients. Conclusion: This is the first pilot study to investigate TSLP gene polymorphisms in AERD, which didn’t find an association between the TSLP gene polymorphisms and AERD susceptibility in a Japanese population, suggesting polymorphisms in TSLP gene may contribute to asthma, but not to aspirin hypersensitivity.