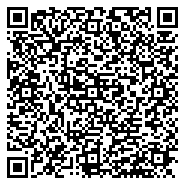 Satisfaction with Major in Nursing: Predictors, Mediational Role of Identification with Nursing, and Gender Difference in South Korea

Background: This study aimed to explore the predictors of major satisfaction of nursing students and the mediating role of group identification, including gender differences.

Methods: Data were collected from 270 students by questionnaire which included the scales of major satisfaction, group identification, perceived advantages and disadvantages due to gender, social support, experiences of supervision, Big Five factors, and self-esteem.

Conclusions: We found the powerful role of group identification in enhancing major satisfaction and key precursor of it differing based on gender. The higher the perceived advantages of male students in nursing area (i.e., scarcity), the stronger they tend to satisfy and stay. Otherwise, female students need social network which supports their academic achievement and career. Therefore gender-specific strategies should to be developed to improve major satisfaction and retention in nursing major.