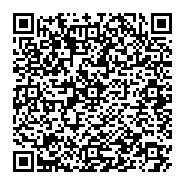 Introduction: Attention Deficit Hyperactivity Disorder (ADHD) is the most common neurobehavioral disorder during childhood. Family violence is a psychosocial factor that has been recently introduced in the literature about ADHD, with indications that parents of hyperactive children are more likely to use physical methods to their discipline. Cortisol as the primary stress hormone and as an index of the hypothalamic-pituitary-adrenal axis regulation has been used to study the neurobiological profile of ADHD patients.
Methods: This study was conducted on 50 ADHD children & 30 matched controls, severity was assessed using the Conners’ Parent Rating Scales-Revised long version, children IQ and exposure to abuse was measured; salivary cortisol levels was measured using enzyme- linked immunosorbent assay in two samples (ELISA). Aim of the study was to measure prevalence and impact of abuse on ADHD children and correlate results with salivary cortisol level
Results: Results showed significant higher exposure of ADHD children to parental abuse than control group. Executive function showed to be impaired in abused ADHD children, lower bedtime cortisol level in abused ADHD children compared to control. There was a negative correlation between cortisol level and child abuse. In addition, there was a negative correlation between different types of abuse and components of WCST. While no correlation between both cortisol samples and components of WCST.
Conclusion: We concluded that children with ADHD displayed higher exposure to parental abuse, lower cognitive function and this was linked to their lower levels of cortisol level.