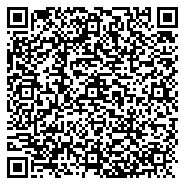 Background
Aim: Certain plasmids play an important role in adaptation of natural microbial populations to oil and other hydrocarbons. This research investigated the role of plasmid-borne genes in the biodegradation of polycyclic aromatic hydrocarbons (PAHs) by a consortium of aerobic heterotrophic bacteria (AHB).
Methods: Physicochemical and microbiological characteristics of the water sample were analyzed using standard methods. AHB with the capacity for biodegradation were isolated from hydrocarbon polluted water from Bodo Creek using Bushnell Haas Agar. The positive isolates were subjected to plasmid profiling and curing. Three treatments: cured, uncured and control were used in the study. Curing was achieved with acridine orange. The degradation experiment was carried out in a 10 L glass bioreactor and monitored for 56 days using GC-MS analysis.
Results: Seven (7) out of 19 AHB isolates were selected for the degradation study. The 7 isolates, G1, G3, G19, GA5, GB3, GD1 and G12 were classified as Shewanella haliotis G1, Shewanella sp. G3, Vibrio alginolyticus G19, Pseudomonas putida GA5, Bacillus cereus GB3, B. pumilus GD1 and Shewanella sp. G12, respectively based on the phylogenetic analysis of their 16S rRNA genes. The sequences were deposited at the GenBank under the accession numbers KT886070-KT886076. The day 0 PAHs for cured, uncured and control treatments was 61.83 mg/L. After 56 days, the PAHs decreased to 2.90, 1.87 and 57.65 mg/L for cured, uncured and control treatments, respectively; representing percentage degradation of 95.31, 96.98 and 6.76%. The respective derived PAH degradation models for cured, uncured and control treatments were 32.614e-0.047t, 30.09e-0.05t and -0.0769t + 61.656. There was no significant difference (p<0.05) between PAH degradation in cured and uncured treatments.
Conclusion: The study demonstrated that PAH degradation by the consortium used in the study was chromosomal and not plasmid-borne.