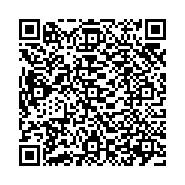 Objective: The aim of this study was to investigate the reliability and validity of a version of the Barratt Impulsiveness Scale assessed by children’s parents. Methods: The test-retest reliability, split-half reliability, and homogeneity reliability were tested. Construct validity (including internal consistency and factor structure) and criterion validity were tested. The criterion validity examined the correlation with hyperactivity and impulsive factors of the CBCL and Conners’ scales and the score differences between the control and the diagnosed groups were compared. Results: The test-retest reliability was 0.825. The split-half correlation coefficient was 0.722. The internal factors consistency α coefficient of the scale was 0.387 for attention, 0.641 for motion, 0.643 for non-plan, and the total score was 0.794. The score was related with Conners’ hyperactivity and impulsivity factors and CBCL's corresponding factors. This assessed scale included six factors. The scores of the comparison group were significantly higher than those of the control group. Conclusions: The reliability and validity of the Impulsiveness Scale assessed by parents were ideal and consistent with psychometric requirements.