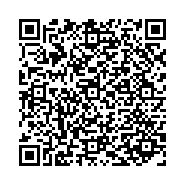 Production of Biodiesel from Waste Vegetable Oil via KM Micro-mixer

The production of biodiesel to substitute fossil fuels has been challenging to apply in many countries especially developing countries. Given the importance of this fact, this study includes the production of biodiesel from waste vegetable oils by pre-treatment followed by transesterification reaction with methanol using a KM micro-mixer reactor. KM micro-mixer happened to give noticeable enhancement for the production of biodiesel quality compared to the normal batch reactor at optimum conditions. The parameters affecting biodiesel production process such as alcohol to oil molar ratio, catalyst concentration, the presence of tetra-hydrofuran (THF) as a co-solvents and the volumetric flow rates of inlet fluids were optimized. The properties of the produced biodiesel were compared with its parent waste oil through different characterization techniques. The presence of methyl ester groups at the produced biodiesel was confirmed using both the Gas chromatography–mass spectrometry (GC-MS) and infrared spectroscopy (FT-IR). Moreover, the thermal analysis of the produced biodiesel and the comparable waste oil indicated that the product after the transesterification process began to vaporize at 120ºC which makes it lighter than its parent oil which started to vaporize at around 300ºC. The maximum biodiesel production yield of 97% was recorded using 12:1 methanol to oil molar ratio in presence of both 1% NaOH and THF/methanol volume ratio 0.3 at 60 mL/h flow rate.