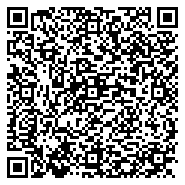 Aims: The study had two aims: First, we assess the prevalence of resilience based on the person-based classification depicting a balance between the severity of trauma and occurrence of PTSD. Second, we examine the role of resilience characteristics of commitment, control and challenge in protecting children’s mental health from negative trauma impacts.

Results: There were generally no gender differences in the exposure to traumatic events, as all. Neither were there gender differences in the mean number of traumatic events related to Israeli military violence or Palestinian factional fighting. According to the DSM-IV criterion, 12.4% of the children and adolescents reported probable PTSD, and 22.37% filled the two criteria partial PTSD, and 26.7% the one criteria partial PTSD (re-experiencing or avoidance or hyper arousal). More than a third (38.4% of the children did not have PTSD. There were no significant differences between boys and girls in PTSD. For depression and anxiety, boys and girls did not differ in the levels of PTSD, depressive and anxiety symptoms. Also only one marginal gender difference was found concerning resilience characteristics: girls reported more feelings of control than boys. The results revealed that 25.0% of the participants was classified as resilient indicating presence of high exposure to traumatic events and absence of PTSD and 22.2% as traumatized, i.e., presence of both high exposure to trauma and occurrence of PTSD. Of the children 12.7% were classified as vulnerable, and 40.1% were spared of both high trauma and PTSD. As hypothesized, resilience characteristics protected children’s mental health from trauma, e.g., military trauma was less associated with PTSD and anxiety among children showing high commitment. Discussion focuses on specific functions of resilience in the context of different kind of traumatic events of war, political and military violence.