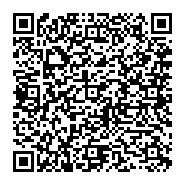 Background: Epilepsy stigma is considered to be one of the most important factors that have a negative influence on people with epilepsy. Among all types of stigma perceived stigma further exerts stress and restricts normal participation in society. There are limited researches conducted on perceived stigma and associated factors among patients with epilepsy in developing countries including Ethiopia.
Methods: Hospital based cross-sectional quantitative study was conducted from May 1, 2013 to May 30, 2013 G.C. All patients with epilepsy in Ethiopia were source population. Patients with epilepsy treated from neuropsychiatric department at Amanuel Mental Specialized Hospital during study period were the study population. The sample size was determined using single population proportion formula and 347 subjects were selected by using systematic random sampling method. Data was analyzed by using SPSS version 20.
Results: A total of 346 participants with mean age of 29.3 ± 8.5SD participated with a response rate of 99.7%. The prevalence of perceived stigma was 31.2%. Age range between18-24 [AOR=2.84, 95% CI: 1.02, 7.92], difficulty to attend follow up because of fear of stigma [AOR=3.15, 95%CI: 1.19, 8.34], seizure related injury [AOR=1.88, 95% CI:1.12, 3.15] and contagion belief [AOR=1.88, 95%CI: 1.10, 5.08] were significantly associated with perceived stigma.
Conclusions: Perceived stigma was found to be a common problem among patients suffering from epilepsy. The results reinforce the need for creating awareness among patients with epilepsy and addressing misconceptions attached to epilepsy, and educating how to cope to the stigma.