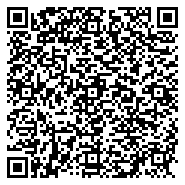 Staphylococcus aureus is a significant factor in the development of chronic rhinosinusitis (CRS). Prevalence of sinonasal methicillin-resistant S. aureus (MRSA) appears to be increasing among CRS patients. For that this study was designed to detect the prevalence and antimicrobial resistance of MRSA isolates from Iraqi patients with CRS living in Al-Kut city/Wasit Province. Out of 264 patients with CRS, S. aureus was isolated from 71 (one isolate per patient) (26.8%). Of these patients, 37 (52.1%) were females (age range 2 months to 61 year) and 34 (47.8%) were males (age range 3 to 70 year). Fifty two (73.2%) of S. aureus isolates were MRSA, of which 71.1% were mecApositive. Distribution of MRSA was significantly (P ≤ 0.05) associated with patient's age, whereas it was insignificantly associated with patient's gender. The highest resistance rates of MRSA were against β-lactams except carbapenems, whereas the highest susceptibility was for vancomycin, followed by imipenem, genatmycin, meropenem and ciprofloxacin. Twenty two (30.9%) isolates were multidrug resistant (MDR), of which 20 (28.1%) were MRSA and 2 (2.8%) were methicillin-sensitive S. aureus (MSSA). No isolate showed resistance or sensitivity to all antimicrobials included in this study. Highest rate of multidrug resistance was to 13 antimicrobials (1 isolate which was MRSA), whereas the lowest rate was to 6 antimicrobials (3 isolates which were MRSA).

Conclusions: These results indicate the high prevalence of MRSA among Iraqi patients with CRS and reveal its predominance in our community. Furthermore, high percentage of these isolates were MDR, which urge us to reevaluate the empiric treatment of these cases.