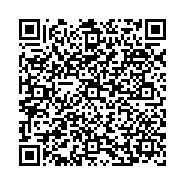 Prenatal Diagnosis of Hemoglobinopathies: A Case Study on Tunisia

Hemoglobinopathies are the most common genetic disease in Tunisia with a total carrier prevalence of 4.48%, reaching 12.5% at certain affected regions. The β-thalassemia trait frequency is 2.21% and the sickle cell trait is 1.89%. A prenatal diagnosis (PND) unit has been progressively installed since 1986 at the biochemistry and molecular biology department of children’s hospital of Tunis. The present study tries to explore the prenatal diagnosis of the Hemoglobinopathies in Tunisia for the period of 1994-2012 and tries to share its experiences and the progress achieved in overcoming this challenge.

340 out of 461 fetuses examined for this study were at risk and couples that have agreed for pre-diagnosis have benefited a lot in averting the major health risks like beta-thalassemia (41%), sickle cell anemia (40.3%), S/beta-thal (14.7%) and the remaining fetuses were at risk for a compound heterozygote hemoglobinopathies (S/O, O/beta-thal, S/C). 25.8% of the couple covered in this study have voluntarily asked for PND several times, as they were worried about giving birth to a child with Hemoglobinopathy. Fetal DNA was collected from chorionic villis biopsy of 53 cases, amniotic fluid samples are considered in 397 cases and CVS was followed in 7 cases for lack of results. Out of 461 tested foetuses, 26.2% of them were affected, 50.5% were carriers of the disease and 19.3% were completely healthy. PND fail to detect the problem in 3.9% of the cases. Except 13% of the affected fetuses, the entire number of cases detected with defected fetuses had been aborted. Although abortion is legal in Tunisia, 13% of pregnant women with affected fetus have refuted to abortion due to religious reasons. The total number of fetus aborted remained 1.53%. Although PND was successful in our lab, it was insufficient to cover the entire Tunisian territory. The researchers hence recommend to the health authorities to establish widespread PND services in places that are worst affected with these cases in Tunisia to prevent hemoglobinopathies