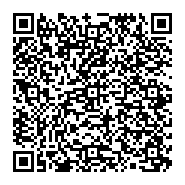 Arsenic is known as a toxic metalloid, which primarily exists in inorganic form (AsIII and AsV). The industrialization and anthropogenic activities are the sources of arsenic in the environment. Some microorganisms under heavy metal stress developed resistance against them and evolved various strategies to resist against the metal stress. Detoxification of arsenic includes uptake of AsV in the form of phosphate by phosphate transporters, uptake of AsIII in the form of arsenite by aquaglyceroporins, reduction of AsV to AsIII by arsenate reductase, oxidation and methylation of AsIII by arsenate oxidase and methyltransferase respectively and finally extrusion or sequestration of AsIII. Many bacteria have been reported having redox potential for arsenic. Some genetically modified or engineered bacteria, C. Glutamicum, have been developed which show increased efficiency for arsenic transformation and could be used as biocontainers for bioaccumulation of arsenic.