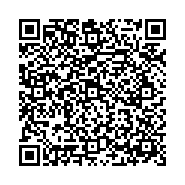 Underbalanced drilling (UBD) is defined as a condition which generated when effective downhole circulation pressure of the drilling fluid system in touch with reservoir rock is less than presenting formation pressure. Underbalanced drilling (UBD) has been utilized as a mean to eliminate or significantly reduce the problem associated drilling like formation damage which often this problem greatly reduce oil and gas productivity in open hole horizontal well section. The advantage of reduced formation damage results from the fact that the wellbore pressure is intentionally maintained lower than formation pressure during drilling operation. In order to achieve this condition several drilling techniques are used such as aerated drilling, foam drilling which based on low drilling density. In appropriate design or inability to maintain well in underbalanced condition during operation will be potential source of sever invasion damage which linked to several mechanism for damage like spontaneous imbibition, glazing, and macroporosity. Therefore, it is significant to select reservoir candidate carefully, to achieve high profitability. Furthermore, during UBD formation fluid invade into to wellbore therefore the size and design of surface equipment like separator and reserve tanks are required to handle the produced well fluid. Therefore, the ability to accurately estimate the influx volume and rate of produced fluid is critically significant to size and design surface equipment. In this project a mathematical model has been designed based on rigorous reservoir borehole-cross flow which used to determine the influx volume during UBD and investigate how aerated and foam drilling fluid acts during UBD.