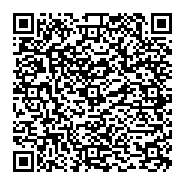 The last few years have seen the rapid and obvious deterioration, wilt, and death of black locust trees in urban and sub-urban areas of Markazi province, Iran. These swift changes are having a serious effect on the landscape and urban forestry. This study was conducted using phenotypic and molecular methods to identify the causal agent of the decline and death of the black locust trees. Pathogen isolation from infested trees was achieved using a potato dextrose agar medium. All the isolates of the fungus produced arthroconidia, making identification using morphological properties possible. Neofusicoccum mangiferae was implicated as the cause of the black locust decline via standard taxonomic criteria for diseased trees. In a pathogenicity test that involved the insertion of a mycelial plug of the respective isolates under the bark, similar symptoms were produced as natural infection. Species classification was confirmed by analysis of the internal transcribed spacer (ITS) sequencing.