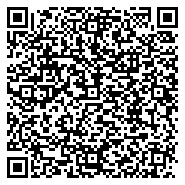 Background: Phlegmasia Cerulea Dolens (PCD) is a rare form of deep venous thrombosis leading to a massive edema creating an obstruction of the arterial flow resulting in varying degree of arterial ischemic damage. In addition to the acute risks, there are important long-term complications. Recently some studies have shown that systemic anticoagulation accompanied by Pharmaco-Mechanical Catheter-Directed (P-CDT) deep venous thrombolysis has to be the first-line treatment for patients with PCD.

Results: 32 patients including 20 males and 12 females were enrolled in our study. There were 7 patients with underlying malignancy and 12 patients with a simultaneous pulmonary embolism. 10 patients had thrombophilia acquired or inherited and 9 patients had a previous VTE. Limb salvage was achieved in all patients. 10 patients had adjunctive treatment of iliac lesions with self-expandable metallic stents.

No periprocedural deaths occurred, there were no systemic bleeding complications. Major bleeding occurred in 4 patients. 7 patients presented an Autoimmune Heparin-Induced Thrombocytopenia (aHIT). 3 post-procedural acute renal failure occurred. There was a statistical trend of an increased bleeding risk with using big size catheter. No other risk factor of complication was found. The middle-term results of our study appear to be as least as good as those of other trials involving continuous infusion catheter directed thrombolysis with no PTS in 62% of the patients at 1 year.

Conclusion: These results confirm malignancy and previous DVT as a main risk factor of PCD. The treatment of PCD with pharmaco-mechanical catheter directed thrombolysis using Recombinant Tissue Type Plasminogen Activator (r-TPA; Actilyse), is safe and effective. It shows a good mid-term clinical outcome for patients with a diminution of post thrombotic syndromes.