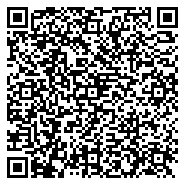 Petroleum industries generate wastes, some of which may be considered hazardous because of the presence of toxic organics and heavy metals. The wastes can bioaccumulate in food chains where they disrupt biochemical or physiological activities of many organisms, thus causing carcinogenesis of some organs, mutagenesis in the genetic material, impairment in reproductive capacity. Bioremediation constitutes the primary mechanism for the elimination of hydrocarbons from contaminated sites by natural existing populations of microorganisms. In this work, microbial community composition and metabolic potential have been explored in petroleum-hydrocarbon contaminated wood treatment plant soil. A collection of strains, adapted to grow on minimal medium supplemented with coal tar creosote, was obtained and the diversity of the bacterial collection was analysed by 16S rRNA gene-based 454 pyrosequencing. Sequencing of the bands revealed a high proportion of Proteobacteria represented by the Alpha, Beta and Gamma subclasses, suggesting that Proteobacteria and especially Gamma subclass is a dominant group in coal tar creosote contaminated soils. The biotechnological potential of the operational taxonomic units (OUTs) revealed a significant degradation of creosote PAHs and production of biosurfactant with important emulsification activities during the bioremediation process.