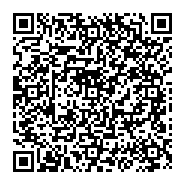 Decaying and senescing scale-like leaves and roots were collected regularly from Botanical Garden, University of the Punjab, Lahore for a period of four months, with an interval of fifteen days. Roots and other portions of both the plants when processed and examined revealed the occurrence of AM fungal structures. However, AM structures were totally missing in Allium cepa, and roots of Amaryllis vittata. Thick hyphal mats with clusters and clumps of spores were often seen in the decaying scale-leaves. The vesicles in these portions were large sized and thick walled. As regard the seasonal variations, the side by side of hyphal, arbuscular and vesicular infections varied among the samples collected throughout the season. Seasonal variations in Glomalean spore dynamics were observed with respect to number while glomeromycetous species richness varied in the rhizosphere soil of the three plants. The recent research was conducted to evaluate the configuration of occurrence of arbuscular mycorrhizal fungal structures in decaying scale like leaves and root system of three bulbous plants i.e., Allium cepa, Amaryllis vittata and Zaphyranthes citrina.