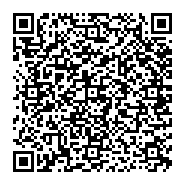 Aim: To get a national epidemiology data of B Cell Non Hodgkin Lymphoma (NHL) patients in Indonesia, including: demographic and clinical characteristics, histological type and survival time.

Methods: The study was multicentre cross sectional study on patients diagnosed as B Cell Non Hodgkin Lymphoma from 13 haematology centres in Indonesia, from November 2008 until July 2010.

Result: One hundred and sixty four B Cell Non Hodgkin Lymphoma patients whom were collected had median age of 51 years old with the most histological type of Diffuse Large B Cell Lymphoma (DLBCL). Most of the patients was male (55.5%), stage II of disease (35.4%) with ECOG performance status score of 0-1 (77.7%). They had chief complaint of weight loss (44.7%) and tumour of the neck (54.1%). A complete response was achieved in 67.9% patients who continue for treatment at Dharmais Cancer Centre Hospital with 36 months survival rate was 36.4% and median survival time of 8 months (95% CI was 2.042-13.958)

Conclusion: Among B Cell NHL patients in this study, the most common characteristics was: male, median age of 51 years old, stage II of the disease, ECOG performance status score of 0-1 and DLBCL type as the common type. The 36 months survival rate was 36.4% with median survival time of 8 months.