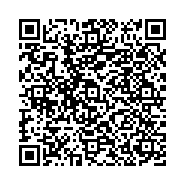 In the current scenario of human life, use of Internet is an integral part of human being. Internet users are rapidly increasing worldwide. Use of internet is directly or indirectly affecting the life of human being as there are several advantages and disadvantages for using the services of internet especially for the online shopping, reading, searching articles, watching movies, net surfing, etc. In the present work, a real case study of domain of Indian people is considered and questionnaire for Internet Addiction Test is prepared and statistical analysis is used to find out some of important observations related to human being which are using the internet services. Although in India, rate of internet users is very poor however Internet Addiction Test shows some significant results which minimize the loneliness of human being due to vast use of social networking sites. A model is also proposed by the use of most popular object-oriented modeling platform independent language known as the Unified Modeling Language. One can easily develop the software code through proposed model by the use of any object-oriented programming language. Systematic steps are represented through model for minimization of loneliness of people which is converted into happiness by the use of the social networking websites. The proposed model is also validated by generation of valid test cases through Finite State Machine.