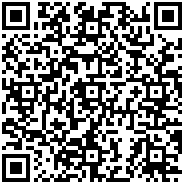 The purpose of this study was to compare and analyse active components in feverfew and chamomile using High Performance Thin Layer Chromatography as the analytical method. Both plants belong to the same Asteraceae family and feverfew is sometimes mistaken for German chamomile due to similar flowers. Feverfew leaves have been traditionally used in the treatment of migraine, with Parthenolide regarded as the primary active ingredient. On the other hand, bisabolol and chamazulene have anti-inflammatory properties, and are the main active components in German chamomile essential oil which is obtained by steam distillation of flower heads.

Bisabolol and chamazulene were present in higher concentrations in flowers and in leaves from flowering German chamomile. Parthenolide was present in higher concentration in leaves. Parthenolide and chamazulene are both terpenoids, derived from the same sesquiterpene precursor, farnesyl diphosphate, via two different biosynthetic pathways. Our study of Feverfew and German chamomile suggests that the Parthenolide pathway is favoured in leaves, while formation of matricin and bisabolol is favoured in flowers.

Anti-inflammatory activity of chamazulene and the presence of Parthenolide could explain and justify the use of chamomile in the treatment and prevention of migraine.