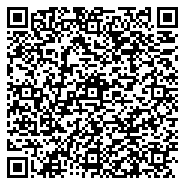 The effect of temperature and substrate moisture content on the growth and production of amylase, protease, and phytase by Aspergillus niger during solid-state fermentation was investigated. A mathematical model regarding the kinetics of growth and enzyme production was performed to calculate the parameters at different temperatures and substrate moisture contents. The growth kinetics of A. niger could be described by the logistic growth model; the mathematical modeling parameters regarding maximum specific growth rate (μmax) and maximum biomass concentration (Xmax) were obtained by fitting the experimental data to the logistic model. The enzyme production kinetics could be described by the Luedeking-Piret model. The mathematical modeling parameters which included the growth-associated formation constant of the product i (αi) and the non-growth-associated formation constant of the product I (βi) were calculated. The production of amylase, protease and phytase were shown to be exclusively growth-associated. The effect of temperature on μmax, Xmax and αi could be described by the cardinal temperature model with inflection (CTMI). Both growth and enzyme formation was clearly influenced by temperature and the optimum culture conditions for growth and enzyme production by A. niger were determined to be approximately 34°C with a substrate moisture content ranging from 40 to 60%.