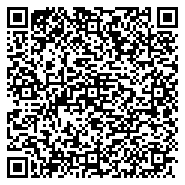 Objective: Cord blood comes from a newborn’s umbilical cord and can be collected immediately after birth in a non-invasive and painless way. Umbilical cord blood was evaluated as alternate and very useful source of powerful stem cells. The usefulness of umbilical cord blood for transplantation is limited by the variable and often small amount of cord blood obtained from patients. The aim of this study was to examine maternal (gestational age, mode of delivery) and neonatal (birth weight, sex, mode of delivery, ABO and RhD blood types of neonates) factors affecting quantity and quality of CD34+ cells and determine correlations between them.

Methods: A total of 189 umbilical cord blood (UCB) units donated to the Public Stem Cell Bank (Poland) were evaluated. After UCB processing, white blood cell count, the type of blood group, CD34+ cell count and percentage were determined. Differences were considered to be statistically significant when the p value was less than 0.05.

Conclusion: Our results suggest that sex/blood group typing is not useful for assessing whether future collected umbilical cord blood will possess greater or lower therapeutic potential, however it is necessary to perform the studies on larger population.