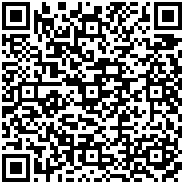 Management of Hepatitis C in the Indian Context: An Update

Hepatitis C, a leading cause of chronic liver disease globally, is caused by Hepatitis C Virus (HCV), a hepatotropic RNA virus. HCV infection starts with an acute infection, mostly subclinical, which ultimately leads to chronic hepatitis in about 80% of the infected cases. HCV is classified into 6 major genotypes and numerous subtypes. The global prevalence of HCV infection is about 1.6% with a majority of these infections being in adults. There is widespread heterogeneity in the prevalence of different genotypes of HCV in different geographical regions of the world. While genotype 1 is the most common worldwide, different regions of the world report variations in the prevalence of the other genotypes. Genotype 3 is the commonest genotype in India, but there is a wide variation in the distribution of the other genotypes in different parts of the country; genotype 6, a comparatively rarer genotype, has been reported frequently from the northeast part of India. With the introduction of new oral drugs, the Directly Acting Antivirals (DAA), the management protocols of hepatitis C has undergone dramatic transformation, with a paradigm shift towards an all-oral interferon-free regimen. However, developing countries like India still face a challenge with respect to accessibility and affordability of such newer regimens. Furthermore, the differences in genotypic distributions in India, with a higher prevalence of genotype 3, which is more difficult to treat, makes the situation even more challenging. As newer antivirals are being universally used to manage HCV infection, economically weaker countries like India should incorporate these changes in treatment guidelines soon. However, till substantial evidence on the efficacy of the newer regimens is accrued in the Indian population, and issues on cost and accessibility are addressed, it may not yet be prudent enough to altogether discard the existing conventional modes of HCV therapy.