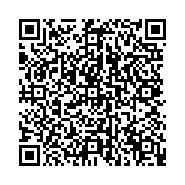 Language in the contemporary world has not only been a crucial instrument of identity assertion, but has also played an important role in shaping the apolitics of multilingual states like India. Recent trends show that while the dominant nationality in a state has sought to use language to assert its cultural and political hegemony over smaller nationalities, the latter have organized protest movements by mobilizing members of their own group for recognition of their language and linguistic identity. In northeast India, this phenomenon had important consequences for small linguistic communities and even led to the demand for new states for the protection of their linguistic rights. In 1960, the declaration of Assamese as the official language of Assam, a multilingual state of northeast India, caused widespread resentment among both the hill and plains tribes of Assam because this was perceived to be a threat to their linguistic identity. Similarly, the Bodos, the largest plains tribe of Assam, organized a movement for protection of the Bodo language against the Assamese linguistic hegemony. The proposed paper, therefore, seeks to examine the dynamics of linguistic assertion by smaller nationalities like the Khasis and the Bodos of northeast India.