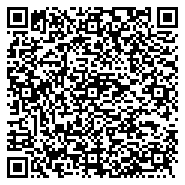 Influence of Airborne and Seed Inoculum in the Initiation of Leaf, Stem, and Root Infection by Systemic Botrytis cinerea in Lettuce (Lactuca sativa)

Studies showed that both airborne seed infection of B.cinerea have been implied as major sources of primary inoculum in different part of lettuce plant. Results from quantitative real-time PCR and visual observations showed that seed infection was the main source of inoculum in the field trial conducted in this study. However, glasshouse studies established that the pathogen can be transmitted from infected seeds into roots, shoots and leaves without showing symptoms. Plants in the field trial remained free of infection for approximately four months before symptoms were observed in the crop. Covering the crop during part of the growing season was found to prevent the growth of the pathogen, despite the use of infected seed, which indicate that changes in the physiological condition of the plant and/or environmental conditions most especially over watering may trigger disease development. However, once the disease symptoms appeared in the field it quickly spread throughout the plants. Level of inoculum equivalent to spore concentrations between 30 and 60 spores per m3 of air was only detected on three occasions during the growing season. The temporal pattern and level of detection of B. cinerea DNA in spore tape samples indicated that airborne inoculum was limited and most likely represented rain-splashed conidia rather than putative ascospores.