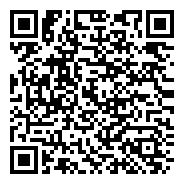 Oil shales are defined as fine grained sedimentary rocks containing abundant mainly sapropelic organic matter which produce oil on distillation. The present study highlights the characterization of Egyptian origin oil shale using various analytical techniques such as Elemental analysis, Infrared spectroscopy (IR), and the Morphology Study of oil shale (SEM). The study is focused on the characterization of shale oil samples obtained by solvent extraction method from oil shales. The paper studied the effect of amount and type of solvent, time of extraction, the temperature of retorting on the percentage yield of oil produced. The study is also focused on the analysis of shale oil samples by gas chromatography (G.C) and thermal analysis (T.G.A) which revealed that the oil has a high value of hydrocarbons. From Experimental studies it is found that the percentage yield of oil increased as the volume of solvent increased the best result is obtained by using methanol as a solvent. The yield also increased by increasing time of extraction and stirring rate.