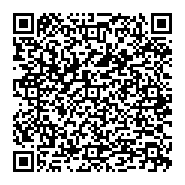 The cysteine endoprotease papain is one of the most widely used plant proteases for industrial applications. However the traditional isolation of papain from the latex of papaya plants cannot cover the world-wide? demand. To increase papain production for industrial applications, several expression systems were studied in the last years for its recombinant production. While expression in Eschericha coli resulted in accumulation of insoluble protein, expression in baculovirus/ insect system and Saccharomyes cerevisiae resulted in low yields of soluble protein inadequate for large-scale production. Here we describe the heterologous expression of a synthetic codon-optimized propapain sequence in the Pichia pastoris strains X33 (Mut+) and KM71H (Muts). The recombinant propapain could be expressed as soluble protein and secreted in the culture medium through the α-factor signal peptide. Highest activities were obtained in the Muts strain when cultivated in complex medium. After purification by Ni- NTA chromatography 463 mg/L recombinant propapain was obtained comparable to the so far highest reported propapain yields in E. coli after protein solublilization and refolding and with a specific activity similar to a commercial papain from papaya latex.