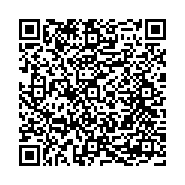 Poor seedling establishment in rice is one of the problems in Guilan province as the second most important rice-growing locations in Iran. The aim of this study was to evaluate the contamination occurrence of rice seed in five locations of Guilan province to seed-borne fungi and their effects on germination characteristics. Five seed sample of Hashemi variety obtained from leading farmers from each location, and their germination characteristics and the rate of contamination to Fusarium moniliforme, Bipolaris oryzae, Aspergillus niger, A. flavus, Penicillium sp., Alternaria padwickii was evaluated using the PDA and standard blotter methods. The assessment results showed that among the seed-borne fungi, two species A. niger and A. flavus exhibited the highest severity in both methods. Samples from Rasht and Zeybaknar locations showed the most contamination to A. flavus and A. niger. A positive and significant linear relationship was observed between daily precipitation and relative humidity with severity of A. flavus and A. niger fungus. A. niger, A. padwickii, daily precipitation and average minimum temperature had the most influence on germination characteristics. Among the studied factors, A. niger had high negative impact compared to other factors on all rice seed germination characteristics. Among the study locations, quality of seeds in Rostam- Abad in terms of germination percentage, germination rate, germination uniformity and electrical conductivity had the best state. The results of this study showed that the low precipitation and low daily average humidity along with higher number of sunshine hours in the Rostam-Abad caused reduction in activity and abundance of fungi, led to improve the quality of produced seed.