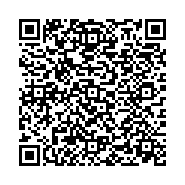 Scrub typhus, an acute, febrile disease is transmitted by the bite of an Orientia infected chigger. We evaluated the protective potential of a recombinant 56 kDa antigen in a chigger challenge mouse model which mimics the natural transmission of Orientia. Chiggers from an L. chiangraiensis line 1 (Lc-1) was chosen for this challenge because the line produces chiggers with stable infectivity of 90-100% in several generations. The 56kD antigen gene of O. tsutsugamushi was cloned into an expression vector, expressed, purified, and refolded. All ICR mice were immunized 3 times at 4 weeks intervals and challenged by placing an individual chigger in the inner ear of each mouse 4 weeks after the last immunization. Mice were immunized with adjuvant Montanide+CpG or 25 g of r56Lc-1 emulsion with Montanide+CpG. Both groups were challenged by an individual Lc-1 chigger (un-infected or infected). There was no death in the groups of mice challenged by an uninfected chigger, with or without the vaccine candidate r56Lc-1. There was no survival in the groups of mice immunized with adjuvant only and challenged by an infected chigger. Our data demonstrated that r56Lc-1 provided 20-30% of protection consistently upon challenge by an infected chigger which carries the same Orientia strain based on the sequence of 56 kDa antigen. Time to mortality was delayed in mice immunized with the vaccine candidate then challenged with infected chiggers as compared to their adjuvant counterparts Since Orientia is an intracellular pathogen, the clearance of this pathogen may heavily depend on T-cell immune responses rather than B-cell immune responses and may require a vaccine candidate that mainly promotes T-cell immunity.