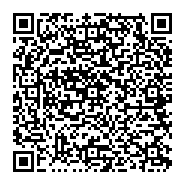 Methods: Sixty-five adolescents with diabetes (type 1 diabetes; n=51, type 2 diabetes; n=14) and 83 healthy controls participated in this study. Glycemic control was assessed based on the mean HbA1c level, and the patient participants were divided into the following HbA1c groups: good (HbA1c<7.5%, n=17) and poor (HbA1c ≥ 7.5%, n=48). Emotional and behavioral problems were evaluated using the Korean version of the Youth Self-Report (YSR).

Conclusion: This study revealed that the adolescents with diabetes had more emotional and behavioral problems than did the healthy adolescents. The relationships among type of diabetes, glycemic control, and psychological problems might require further investigation.