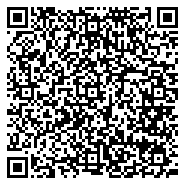 In the present study, screening of aqueous extracts obtained from five medicinally active plants (Melia azedarach, Cassia siamea, Murraya koenigii, Jatropha curcas and Delonix regia) was performed against Aspergillus niger, a causative agent of different destructive diseases of plants. The extracts were also used for the phytochemical screening following Horborne method. The results obtained from this study demonstrated occurrence of alkaloids, tannins, saponins, flavonoids, phenolics, amino acids and terpenes, in the aqueous leaf extract. To obtain an optimum concentration of the extracts, for inhibition of Aspergillus niger, 10%, 15% and 20% concentrations of all the five plants were prepared. The three plants viz., M. azedarach, C. siamea and M. koenigii showed antifungal activity against A. niger in all the concentrations. Inhibition of mycelial growth was lowest at the concentration of 20% of D. regia followed by J. curas. The present protocol showed that the growth of A. niger was inhibited to greater extent at 20% than at lower concentrations of the extracts. It could be suggested that plant extracts could possibly be exploited for the management of seed-borne pathogenic fungi to prevent biodeterioration of seeds in an eco-friendly way.