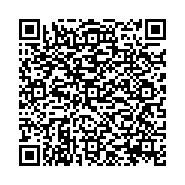 Allovahlkampfia spelaea is a Potential Environmental Host for Pathogenic Bacteria

Allovahlkampfia spelaea was identified for the first time in 2009. As a free living amoeba, it has been suggested to be a protective host for some bacterial pathogens against harsh environmental conditions and can transmit them to vulnerable hosts. We aimed in this study to test the interactions between Allovahlkampfia spelaea and some waterborne and foodborne bacteria and unravel if the tested bacteria can survive and multiply inside amoeba. We used a keratitis isolate of Allovahlkampfia spelaea grown in PYG medium containing proteose peptone, yeast extracts, and glucose. We examined amoeba interactions with Methicillin resistant Staphylococcus aureus, Escherichia coli 1, Klebsiella pneumoniae, Enterobacter aerogenes, Citrobacter cloaca, Proteus mirabilis, Raoultella terrigena, Raoultella ornitholytica, Aeromonas hydrophila and Pseudomonas aeruginosa using the co-culture assays. Amoebal survival rate with different bacterial strains were determined. With the exception of Proteus mirabilis that showed decreased survival rates inside amoebal cells, other bacterial isolates could survive and multiply inside Allovahlkampfia spelaea that was associated with decreased survival rates of the amoeba. Particularly, Pseudomonas aeruginosa, Aeromonas hydrophila and MRSA exhibited significantly increased multiplication rates inside amoeba. Our study demonstrated that Allovahlkampfia spelaea may act as a replicative host for pathogenic bacteria with environmental and clinical implications.