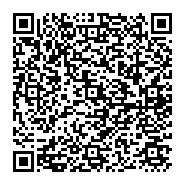 Objective: Many studies have reported that the first postgraduate year (PGY-1) of residency training is marked by severe job stress. We want to investigate the mental health of PGY1 residents and to explore its relationship among job stress and personality. Methods: Ninety-two PGY1 residents training at a regional teaching hospital in southern Taiwan were enrolled. The questionnaires used were tested and included the: Effort Reward Imbalance Questionnaire, Eysenck Personality Questionnaire, and Chinese version of the General Health Questionnaire, before and after participating in the psychiatry training program. The relationship between job stress, personality and psychological morbidity was tested using the generalized estimating equation-I. Results: Fifty-six residents completed the follow up study. There were 23.2% (13/56) of the residents found to have psychological morbidity. There were no significant differences with regard to gender, age, and general data between two groups with or without psychological morbidity. The psychological morbidity was associated with neuroticism (B=0.04, p=0.008); and associate with effort reward imbalance (B=1.07, p=0.012). Conclusions: This follow up study showed the neuroticism and effort reward imbalance might be closely related to psychological morbidity of PGY1. In designing educational program for PGY, it needs to concern the individual personality factor and job stress dimensions.