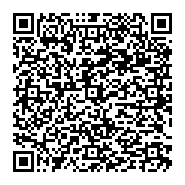 Saad A Balhasan, Biltayib Misbah and Mohamed A Omer

Water flooding is the dominant fluid injection technique and is frequently applied worldwide secondary recovery process, which involves water injection in the oil formation under high pressure through an injection well to enhance oil recovery of the well(s) of interest. In order to plan implement successful water flooding optimum number of wells and location must be selected. This involves successful and judicious selection of water flood pattern to increase the reserves. This study emphasizes on important and effect of water flood pattern on oil recovery. This paper will also address the effect of the directional permeability on Cartesian and uniform grid. The patterns studied were fivespot and nine-spot pattern and by ignoring the gravity and capillary pressure the designed model will calculate the pressure and the water saturation for all nodes in five and nine spots scheme. The work shows that both pattern schemes produce almost the same tertiary oil under identical reservoir conditions. The nine point’s scheme showed smooth pressure and water distribution compared to five point’s scheme. A breakthrough time was earlier by 40-50 days for the nine spot patterns as compared to five spots pattern.