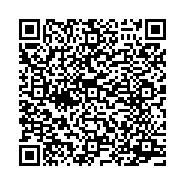 Effects of Cognitive Rehabilitation Training on Schizophrenia: 2 Years of Follow-Up

Background: Schizophrenia is a mental disorder and characterized by abnormal social behavior and failure to recognize what is real. The current study was to explore the long-term effects of cognitive rehabilitation training on schizophrenia.

Methods: Eighty six cases of hospitalized patients with schizophrenia were randomly divided into study group and control group. The relapse and employment (attending school) rates were used as indicators to assess the treatment effect. All patients were followed up by 2 years. Kaplan-Meier survival analysis was conducted with relapse and employment (attending school) rates.

Results: The rates of relapse in the study group and the control group were 18% and 41%, and relapse free survival time was 22.22 months and 18.55 months; the rates of employment (attending school) were 64% and 43%, and not employment (attending school) time were 10.68 months and 15.74 months, respectively. There was significant difference between the two groups (P<0.05).

Conclusion: We found that the cognitive rehabilitation training could significantly reduce schizophrenic relapse rate, prolong the time of patients without relapse, improve the employment (attending school) rate, and shorten the discharged time, which is a powerful treatment method to improve social competence in schizophrenia patients.