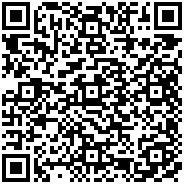 Effectiveness of Neuro-feedback on Mathematics Disorder

Background and Purpose: Because of the importance of treatment of learning disorders, this study was conducted to evaluate the treatment of mathematics disorder as one of the learning disabilities by using neurofeedback.

Conclusion: In group with real neurofeedback therapy, mathematics performance was improved significantly. This neurofeedback effect was also seen after a one-year follow up (P<0.01). In separate evaluation between boys and girls, the significant effect was only seen in boys.