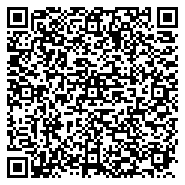 Effect of Subtotal Renal Nephrectomy on CYP450-Mediated Metabolism of Arachidonic Acid: A Potential Player in Pathogenesis of Renocardiac Syndrome?

Background/Aims: Cardiovascular events are common in patients with renocardiac syndrome. A direct link between endothelial dysfunction and increased cardiovascular events has not been established for this syndrome; however, a causal role could be attributed to modulations of Cytochrome P450-mediated (CYP450) eicosanoid metabolites including Epoxyeicosatrienoic (EETs), Dihydroxyeicosatrienoic (DHET) and 20-Hydroxyeicosatetraenoic acids (20-HETE). In this study we investigated inter-organ variations in CYP450-mediated eicosanoids in key organs from dogs with renal insufficiency.

Results: Serum creatinine and blood urea nitrogen were significantly higher in the SNx group (versus timematched sham controls); hematocrit, body weight and creatinine clearance were significantly reduced. The lymphocyte:monocyte ratio, a biomarker of vascular risk, was lower (p=NS) in SNx dogs. Cardiac hemodynamics were similar for both groups. Cardiac levels of 20-HETE were markedly lower (p=0.014) in SNx dogs; however, 14, 15-DHET, a biomarker of soluble epoxide hydrolase levels were unchanged. The 20-HETE/14, 15-DHET ratio was lower in these dogs (p=0.003) and could help to explain a loss of autoregulation in this experimental model. In kidney and liver biopsies from SNx dogs 20-HETE tended to be higher and 14, 15-DHET lower (p=NS) versus time-matched controls; no change was observed for 20-HETE/14, 15-DHET.

Conclusion: A marked reduction of cardiac 20-HETE and 20-HETE/14, 15-DHET levels occurred in dogs with kidney injury but no change in these CYP450-metabolites was observed in kidney or liver biopsies. As such, kidney injury appears to trigger significant alterations in CYP450-metabolites that may initiate endothelial dysfunction and vascular inflammation even in distant organs. Manipulating these pathways may eventually constitute a potential pharmacologic target to limit vessel dysfunction in the setting of the renocardiac syndrome.