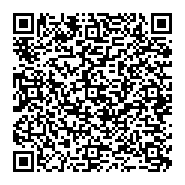 A cluster of Differentiation 24 (CD24) is considered as a marker of pancreatic progenitor cells in the mouse. In human embryonic stem cells, CD24+ cells expressed Pancreatic Duodenal Homeobox 1 (PDX1) and insulin after 1-week culture. PDX1 is a transcription factor that is essential for pancreatic differentiation and beta cell maturation. These cells could provide a source for beta cell replacement. To define the proper culture conditions for Mesenchymal Stem Cells (MSCs) to differentiate into islet cells, the CD24 expression at the MSC level with various glucose concentrations may be helpful.

This research aims to study the expression of CD24 in MSCs derived from umbilical cord Wharton’s jelly with varying concentrations of glucose in vitro.

MSCs were isolated by enzymatic digestion using standard protocols from umbilical cord Wharton’s jelly with ethical approval. The MSCs were characterized by standard criteria. Pancreatic progenitor marker CD24 expression was analyzed at serial passages from passage 0 to passage 4. Passage 1 with maximum expression and passage 3 with lesser expression were chosen for culture with high glucose medium of 2X (11.2 mmol), 4X (25 mmol) and 8X glucose concentrations (50 mmol) for 4 weeks. Flow cytometry for CD24 was performed for all the cell populations. A graded dose-dependent increase in CD24 expression was observed in passage 1. The expression of the marker was present but less in graded glucose with cells from passage 3. The possibility of CD24 expression being stimulated by glucose is evident though it warrants further research.

This study suggests that passage 1 MSCs with high glucose medium may be selected for further research on pancreatic islet development.