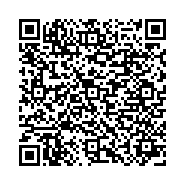 Detection of the Impact of Bisphosphonate on Multiple Myeloma using Lactadherin

Background: Explore the impact of second-generation bisphosphonate drugs pamidronate on proliferation and apoptosis of human multiple myeloma cell line in vitro. Verify the synergistic effect of combination of pamidronate and melphalan on apoptosis of myeloma cells and demonstrate that lactadherin is the most effective probe for apoptosis detection.