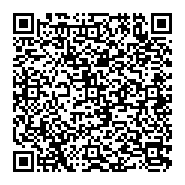 Maize is attacked by more than sixty diseases and a number of species of insect pests in the field as well as in the storage. Fungi are among the principal causes of deterioration and yield loss on farmers’ maize during the storage period. Among the storage fungal pathogens Aspergillus, Fusarium and Penicillium are the most predominant species attacking maize seed and resulting in reduction in seed germination. The study was conducted at the Jimma University College of Agriculture and Veterinary Medicine in plant pathology laboratory. Three maize varieties and two levels of disinfection were used and arranged in complete block design with five replications. The highest frequency of Aspregilus spp. (40.4%) at farmer preserved seed with surface disinfected kernels on agar plate were recorded. The highest relative density of Fusarium spp. (51%) was only recorded on agar plate test from the farmer preserved seed without. The lowest germination percentage (62%) were recorded on the farmer preserved seed which was not disinfected. The Aspregilus spp. are the most dominant fungi followed by Fusarium spp. isolated in this study as well as in Ethiopia. These fungi are important in producing secondary metabolites which are carcinogenic to both humans and animals.