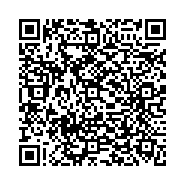 Clinical Factors as Predictors of Depression in a Nigerian Prison Population

Background: Despite growing inmate populations in the Nigeria, inmates are excluded from most national health surveys and little is known about whether the prevalence of depression among the incarcerated is affected by clinical factors.
Aim: To investigate the clinical predictors of Depression in a Nigerian prison.
Methods: Through stratified random sampling, 400 prisoners were interviewed using the Depression component of WHO SCAN in a 2-stage design after screening with the BDI. SPSS Version 17, was used for analysis and test of significance was set at p<0.05.
Findings: 169 presented with depression using BDI. SCAN revealed a prevalence of 59(14.8%) for mild depression with somatic features, 57(14.2%) for moderate depression with somatic features, 25(6.2%) severe depression without psychotic features, while 18(4.5%) had severe depression with Psychotic features. Clinical factors that were statistically significant included retroviral status and past psychiatric history. Multiple Logistic regression analysis, however, revealed that the strongest predictors of depression among the subjects, past psychiatry history (OR: 0.19, CI=0.08-0.48, p=0.01)
Discussion: Several clinical factors were found to be significant. Untreated depression in the prisoners is an increasing public health problem, so interventions or alteration in these factors will lead to a reversal of this trend, improve mental health care in prisons and help reduce disease burden of depression.